Lotto (of L O N G bois and the House Hippos) story: on Friday, one of our friends got a Great Dane named Moose, and he was so cute we just had to go see him the next morning. Boy, was that a bad idea. We got puppy fever with a quickness. Our friends told us that Moose still had four siblings left so we went to go see them. We pull up to this old 3 story home called Animal House. It was a pet supply store so we weren’t sure what we were going to find – a puppy mill?

We walk in, go directly to the kennel with four baby Danes snuggling together sleeping. The owner came over to us and we asked about the dogs for sale – where do they come from, what’s their story? All of the dogs she has are rescues or the product of accidental litters that she helps the owners find homes for the puppies, under the condition that they fix the mom and dad. The dogs do not come from breeders, though I have no problem with responsible breeders as I bought Jack from a breeder. These particular Danes came from an accidental litter. They didn’t pick their circumstances any more than the animals that wind up in a shelter. At the end of the day, they all need homes.

There were two black and white and two all black. One all black female woke up and immediately started playing with toys. She was tiny and had so much personality and I was drawn to her. Surprise, surprise, Jeffrey liked the one that didn’t even wake up and acknowledge us, also the biggest boy. We took both to the little play room. The boy just chilled while his sister crawled all over him. Jeffrey and I were smitten – each with a different dog. But, when we got married, I said no more dogs until we have a furless pupper so Jeffrey asked very seriously if I was sure this was what I wanted to do. Is this smart? We are being impulsive. Do we want to spend the money? Do we want a puppy at that? They’re a lot of time and energy and the whole reason I agreed to wait on kids is because he is away at work so much, I’m not raising kids on my own. He wants kids very badly but wants to wait because he wants to “enjoy his wife before they come along.”

We look up and all the sudden Jeffrey’s cousin and her two kids walk in the room! They just happened to stop by. We talked with them for a minute then he took the girls pupper back to her siblings and took the kids to see the other animals. It was just me and this little boy sitting on the floor. My heart melted and he crawled into my lap to snuggle. Jeffrey came back about 10 minutes later, asked me what’s the verdict and I told him that I wanted him but it’s ultimately up to him because he was the one thinking logically and was on the fence about it. Four dogs stresses him out sometimes. Five dogs is a LOT.

He looked at me and said, “My Mom always told me to marry a woman I could stand to humor. If you want him, I want you to have him. What are we gonna name him?” I think that’s the most genuine thing he’s ever said to me. He scooped him up and said, “Come on, D-O-G, you don’t know just how lucky you are.” The icing on the cake was that recently my parents brought us dog food because the store we buy it from is in their town, about 40 minutes away. They accidentally brought us large breed puppy food. We decided it was God giving us the go ahead. We paid for him, got all of his shot records, and took him home to meet the pack.

We talked about how everyone going to react to us adding to the pack and I said, “Well, it’s fine, we clearly lost our minds a long time ago, so this’ll be no real surprise. And f anyone that has anything else to say about it.” He said, “it was meant to be, I knew when we came in, this little boy was the one. You with your two black dogs, me with my two white dogs. He is black with a lot of white which makes him perfect for our first dog together.” Talk about a man that God put on this Earth specifically for me.

“What about Lucky? That’s a good name for him. He doesn’t know how lucky he is to join our family.” I said, “Nah, that’s too much of a dog name, what about Lotto? Like he won the lottery?” And there you have it. Lotto. Welcome to the pack. 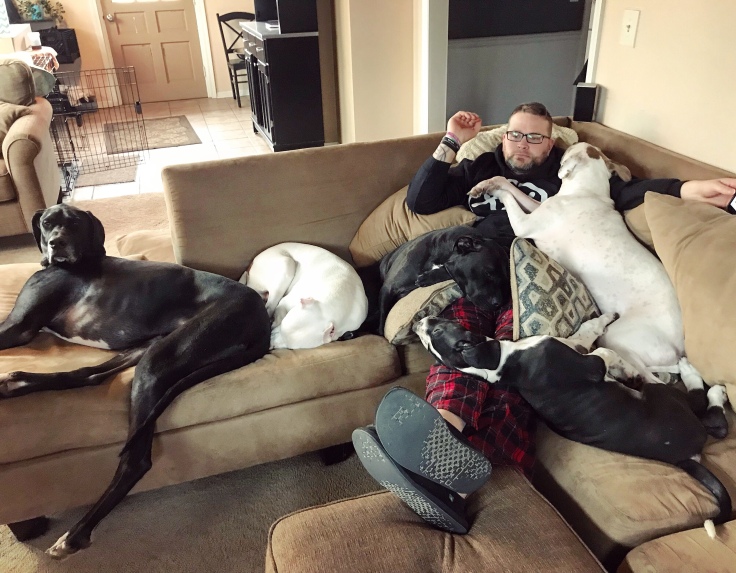 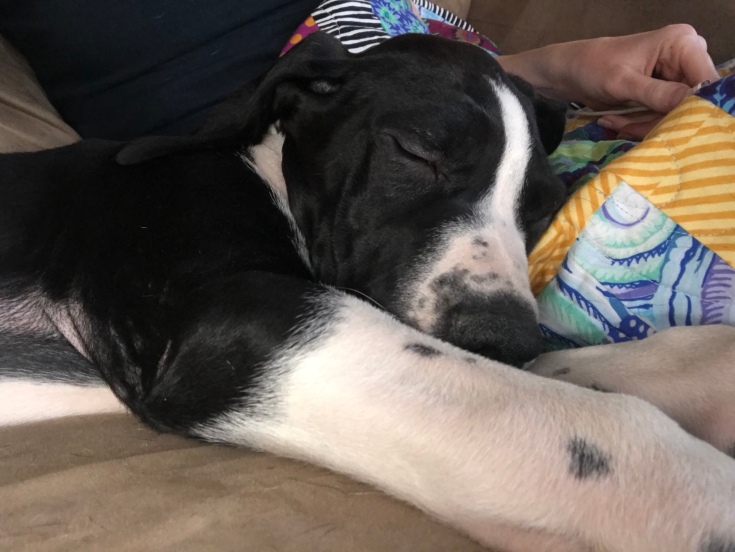 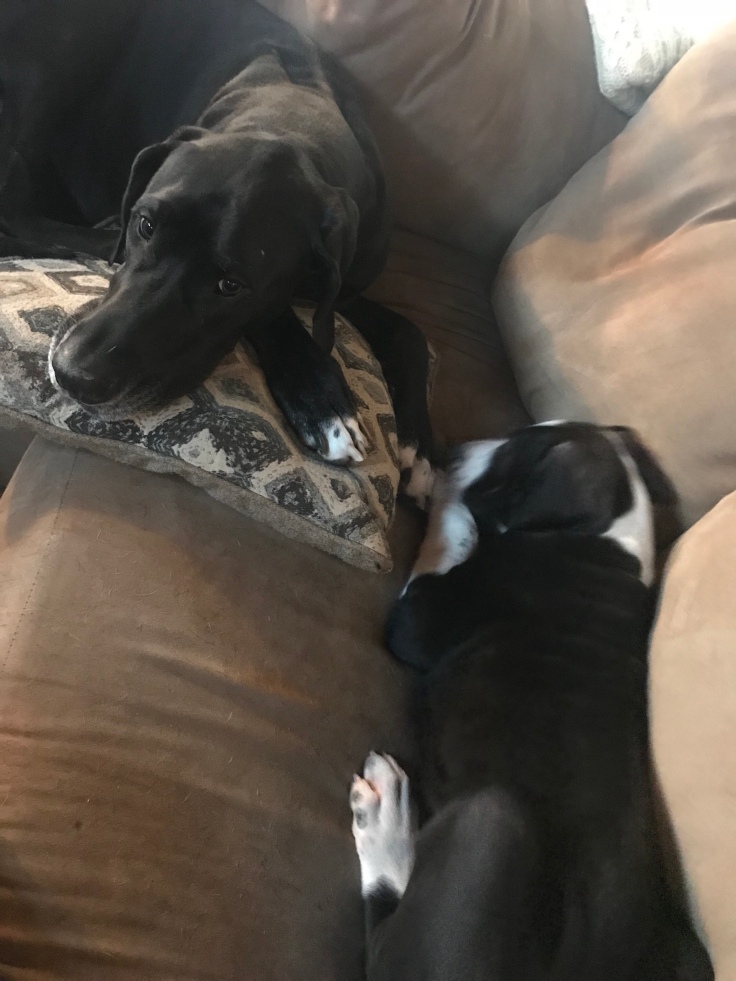 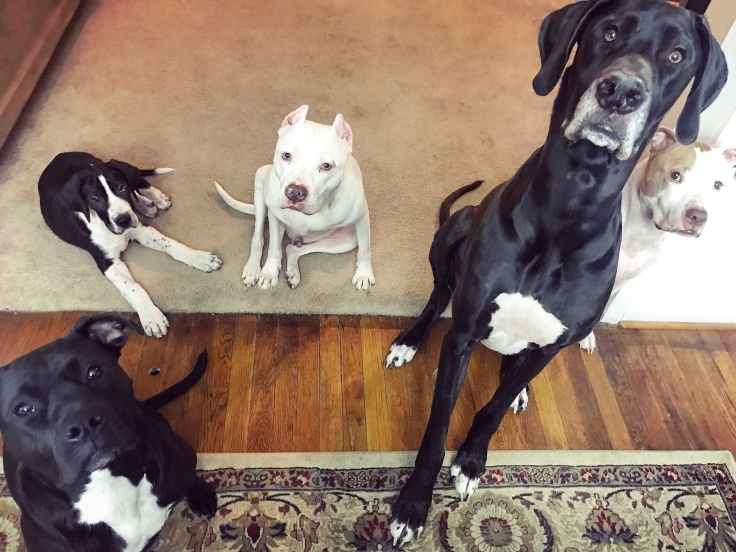 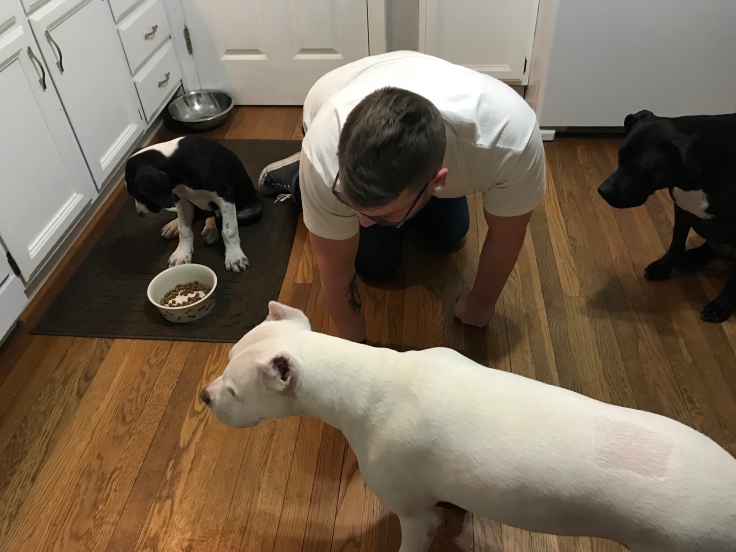 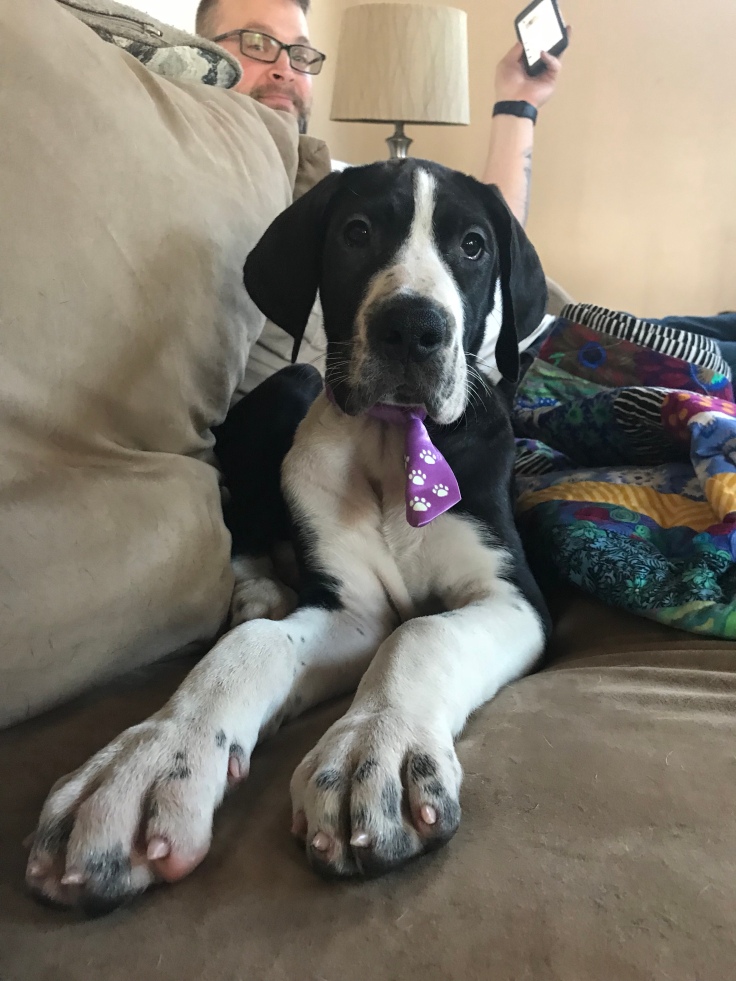